The 2D Homing Missiles asset for Unity gives you realistically moving missiles to use in your games and prototypes along with smoke trails. 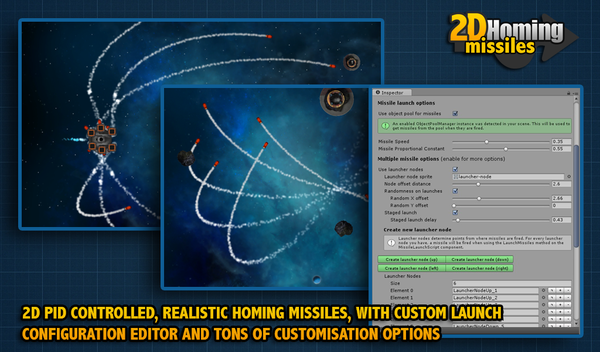 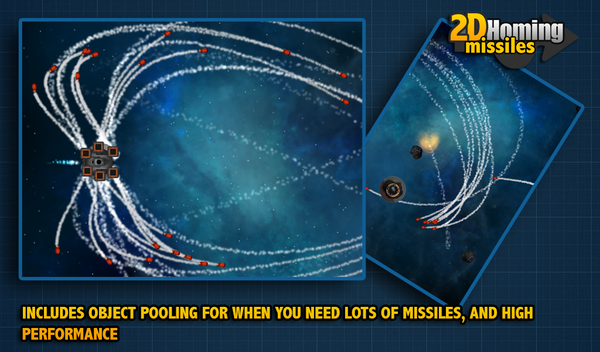 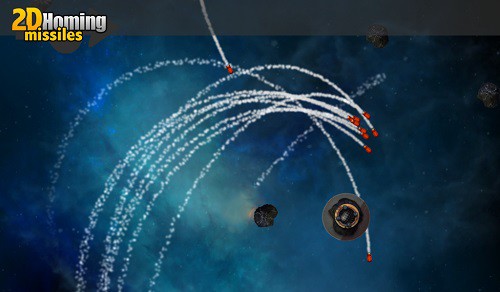 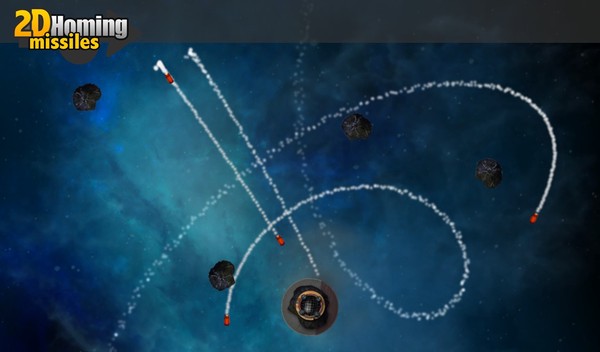 
Normally, missiles should never move directly towards their targets, this is not how they work in real life. Too many times we see simple missile follow scripts being used to allow missiles to track targets.

The asset has controls to tweak the proportional constant factor, and speed of missiles, allowing you to tune their performance and flying patterns as you require.